Lava mobile has introduced new 7-inch tablet, the Lava MTAB. Considering its Specs it would compete with Micromax Funbook P410 mini which comes with Dual SIM card slots. The specifications of the M Tab are quiet good but it lacks SIM card slot which makes it bit down than the recently launched Micromax’s tablets. Xolo has also introduced Xolo Play TAB 7.0 with Nvidia Tegra 3 processor. There are many tablets in the market with similar specs and features but before you choose a tablet, we recommend you to read our TABLET Buying Guide. 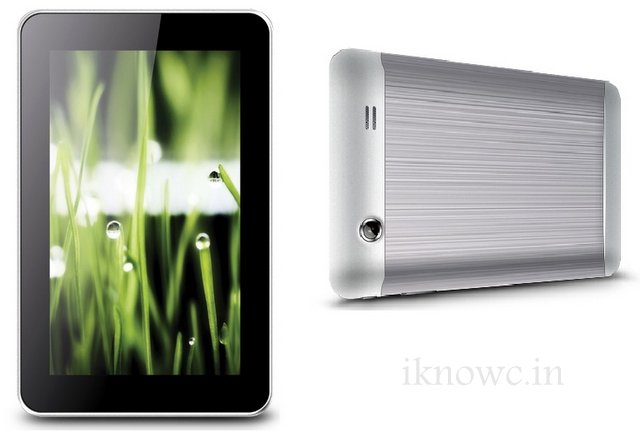 The Lava M TAB comes in black color and it also comes with 8GB FREE memory card carrying educational content. It will be soon available from the retailers across the India. The price for the device is not revealed yet but it would be Under RS.9000.