India most well known Mobile manufacturer , Micromax has announced that they are working on 4G devices as well as on Windows 8 based smartphones . If so then company’s upcoming windows based smartphone would be named as MICROMAX CANVAS 4G . But who knows , what actually is going on there minds . As we all know that the company has just recently launched  A210 Canvas 4 with attractive features but they all are having pace over 1.2GHZ quad core processor . Overall  canvas 4is a good device with some stunning features . But peoples are expecting canvas 4 to have at least 1.5GHZ processor with 1GB RAM . So the specifications of the Micromax A210 CANVAS 4 disappointed many . 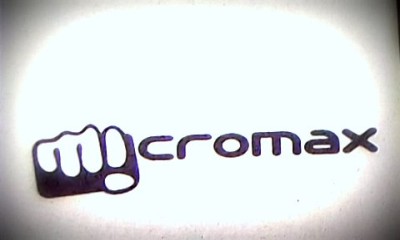 It is confirmed that company will launch windows Smartphones , 4G devices , 4G dongles  & 4G tablets as well . Although there is no Idea when the devices will hit the market or what there price will be .

Well beside as this it is a good news for Indian that now they will have 4G network devices at Budget . I think companies like Karbonn , Xolo , Gionee & Lava will also follow the same soon . 4G device by Micromax would act as game Changer , so lets see what happen in the mean time  .