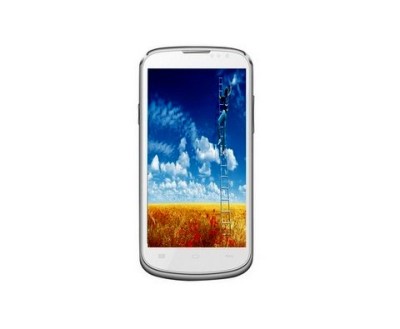 The specs that Xolo Q600 have are identically similar to that Spice MI 510 & Intex Aqua Quad core has . As both of the devices have 512MB ram and 4GB ROM ( internal memory ) . The device has expandable memory upto 32GB via Sd card . To boost the graphics performance the PowerVR SGX 544 GPU . The device has 5MP camera at the back & VGA camera at the front with video call support .

The device also offers Dual SIM capability . The device will be available in White colour only . The device offers standard connectivity options like 3G , 2G , wifi ,GPS , Bluetooth , micro USB port & 3.5mm audio jack .  2000mAh battery seems to be enough to power 4.5inch device which claims the talk time of 13hours . Xolo has included Swype Keyboard to make the device more approachable . The user can simply type word by swiping the finger over virtual keyboard instead of Typing a single alphabet .