iBall Slide 3G Q7218 has been officially launched with 3G and voice calling capabilities. The Slide 3G Q-7218 features 7-inch 800 x 480 pixels WVGA screen and gains the strength from 1.3GHz quad core processor. It runs on Android 4.4 KitKat OS. It is DUAL SIM tablet and support voice calling.  It has 512MB of RAM which might be disappointment for many. The company has recently launched the iBall Slide Octa A41 which is their first Full HD tablet with Octa Core Chipset. 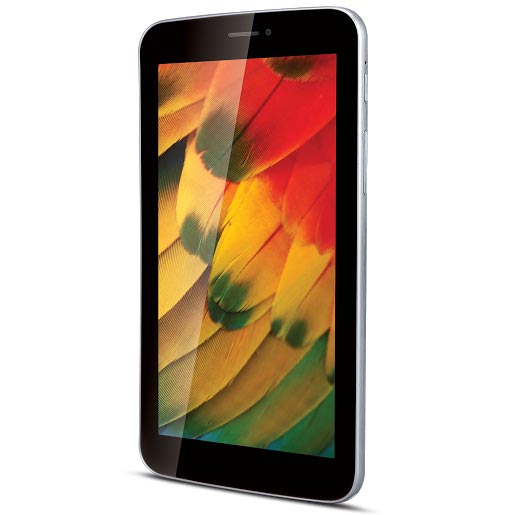 It features 8Gigs of internal memory and expandable memory up to 32GB via micro SD card. It is accomplished with 2-megapixel primary shooter and a VGA secondary camera. It offers 3G, Bluetooth, GPS, WiFi and micro USB with OTG support. The Slide 3G Q7218 tablet is powered by 2500mAh battery. It comes in Silver color and is priced at RS 6,4999.