Micromax A250 CanvasTurbo is creating huge hype for the company from the time it was leaked. Finally we got some secrets about the handset. Many specifications are already confirmed and now the real and most awaited leak is here, the BENCHMARKS. We just received the mail with benchmark and Nenamark 2 scores images of the Micromax Canvas-Turbo A250. 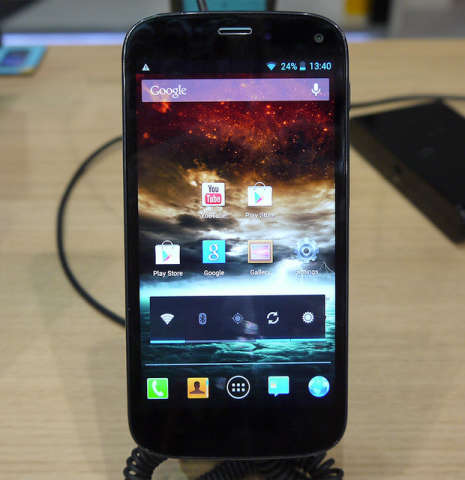 RIGHT NOW WE ARE JUST POSTING THE Nenamark SCORES and we will post the images by Scores are Posted.PLEASE BE PATIENCE AS WE ARE CONFIRMING THE IMAGES THAT came to our mail.

The device scores 34.10  frames per second in Nenamark2, the scores may vary but the scores are scored by the phone with same hardware and finish that A250 CanvasTurbo will have. Actually the Micromax CanvasTurbo is a new manufactured phone but it will be soon available to other countries by different mobile Vendors. The phone would have 2GB of RAM, as company knows the demands of  customers. In case it comes with 1GB of RAM then there will be nothing in the phone that will attract peoples other then 1080p full HD display.

Micromax already launched the teaser video of the Phone and signed Hugh Jackman as brand ambassador. The exact launch date of the phone is not known yet but is will launched before Diwali festival, may be on 28th October. Along with Canvas Turbo the company could also launch A117 Magnus. STAY TUNE.