Now Indians can Pre-order Nokia Lumia 625 at Price of  RS 19499 . The phone was initially launched last month , but sadly it was not available in India at that time . The phone comes with 4.7inch WVGA (800 * 480 pixels ) resolution LCD display with Corning Gorilla Glass 2 protection  , the same that you see on most of Lumia phones . It packs with 5MP rear AF camera with LED flash & 0.3MP front-facing camera . It draws the strength from 1.GHZ Dual core Snapdragon S4 Plus MSM8930 processor . 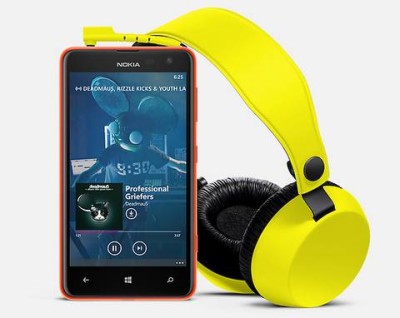 The Lumia 625 runs on latest Windows Phone 8 OS . The device is capable of Full HD 1080p playback & recording trough inbuilt camera as well . The handset is 9.2MM thick and weighs 159 grams . The Lumia 625 specs are better than its predecessors with 4.7-inch capacitive LCD display . Nokia  also offers 7 GB of Free Cloud Storage with SkyDrive with it .

To boost the performance it has 512MB of RAM and 8GB ROM ( internal memory ) . Further it has 64GB expandable memory via micro SD card . Well if you want more boost in performance than you can spend bit more to buy Lumia 820 and Lumia 925  . You can pre-order Nokia Lumia 625 from Flipkart .