The computer is the only technology in all over the world which is most widely used by people in various fields like education, for scientific applications, business, in industries, etc. The word computer has been derived from the word “compute” which means to calculate. Hence, it is a technology used to perform arithmetic operations at extremely very high speed with more accuracy as compared to the calculations done manually by humans. The computer has become more & more advanced as technology is growing very fast within the time. The word processor transforms the raw data into a piece of useful information. 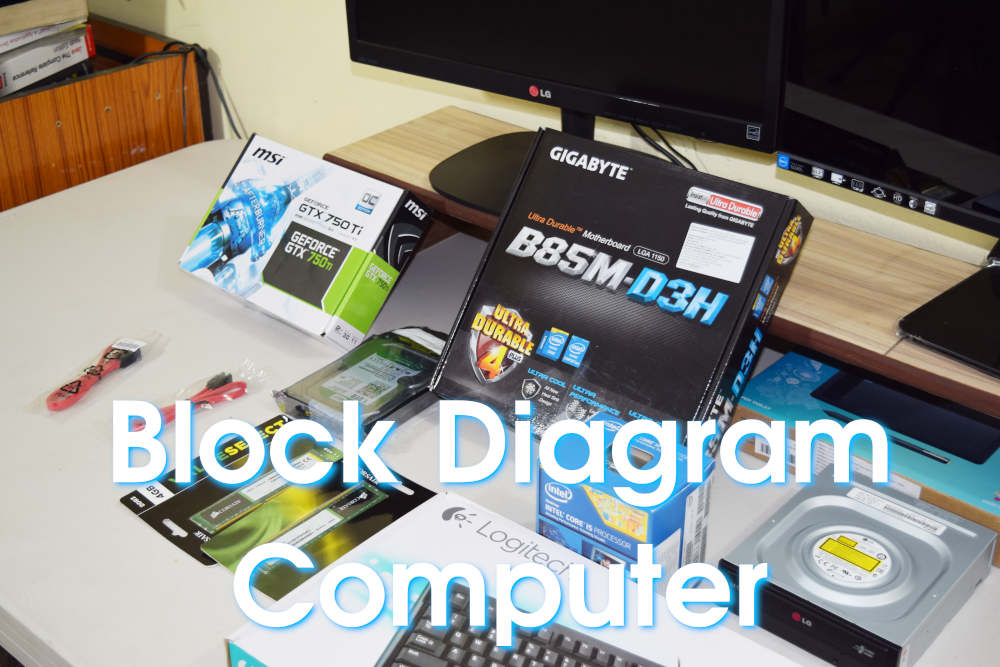 The devices that are used to give input to the data processor are keyboard, scanner, joystick, mouse, etc. and the process includes CPU to process the data while monitor and printer are common devices to give output to the user.

A computer is the composition of the following functional units:

A.L.U is the abbreviation of Arithmetic & Logic Unit

Let’s discuss all the components of the computer:

As we all know that computers can’t think on their own & they need a set of instructions by the user to process the data. In simple words, you can say that it is an electronic brain that processes data as stated in the instructions given to it by the users and then, it yields the results. The input unit is used to feed information and stored this fed information in the computer’s memory for processing. The input devices used for providing information or instructions to the computer are keyboard, mouse, joystick, scanner, etc. These input devices are the bridge between the external world and the computer memory as they execute information from the exterior world to the system and then, process this information to produce results through output unit like monitor, printer, etc. The following functions performed by the input devices are :

It is an important element of the computer used to store data, instructions and final results in the system so that the data can be delivered or access to the user whenever they need or required to access it.

At first, instructions are accepted by the input unit & after that, it supplies the data to the computer system for further processing. Memory or storage unit is used to hold the instructions to first execute them and then, process them. In other words, you can say that the storage unit is a space where you can store processed data or processed results.

Types of Computer Storage are:

(a) Primary Storage Unit: The memory that directly communicates with the processor (CPU) is called Primary memory. The instructions or data read by the input unit are stored in the primary storage before processing and next transferred this data to the ALU (Arithmetic & Logic Unit) for the next step of further processing. It is also called temporary memory, main memory, internal memory. Temporary memory is named so because it stores data temporarily, data can be lost due to any power failure and is unable to store large amounts of data. It is also called volatile memory as it holds or keeps the data till the voltage or electric power is supplied to it otherwise you will lose your data and instructions if there is no continuous electrical charge.

(b) Secondary Memory: Secondary Memory stores data and instructions permanently or for a long-term. Data stored in ROM never lost due to the power failure. It means it retains the data without supply of any power that’s why it is known as non-volatile memory. Hence, the user can approach the data stored in ROM anytime whenever it is required. It indirectly communicates with the processor.

CPU is also known as the brain of the computer as the processing of the programs is done on this unit. The data enters through any input device is called raw figures/facts. Suppose you have entered the data by using any input device, after entering this data goes to the processing unit & after that, this processing unit (CPU) understands the input data and then, converts it into information that could be easily understood by the users. The information results in output is called useful or meaningful information.

This unit has control over the functions/working of all the parts of the computer. Microprocessor is used in CPU’s that works like the integrated circuit (IC).

Examples of the Output unit:

SRAM Vs DRAM/Types of RAM