In the earlier time, nothing was there to solve the calculation-related problems of humans. Hence, a technique had been introduced among peoples to solve their arithmetic-related problems and now, this technique is known by the name of the computer. It is a machine that is used to perform the mathematical operations in less time as compared to the calculations done by humans manually. The calculator we used is also one of the types of computers. Now, we are going to discuss the computers of the past technology used by humans for calculations, which gets evaluate with time. They were usually made of wooden in the past time. Today we will lean the advantages, disadvantages and differences that came due to each generations. 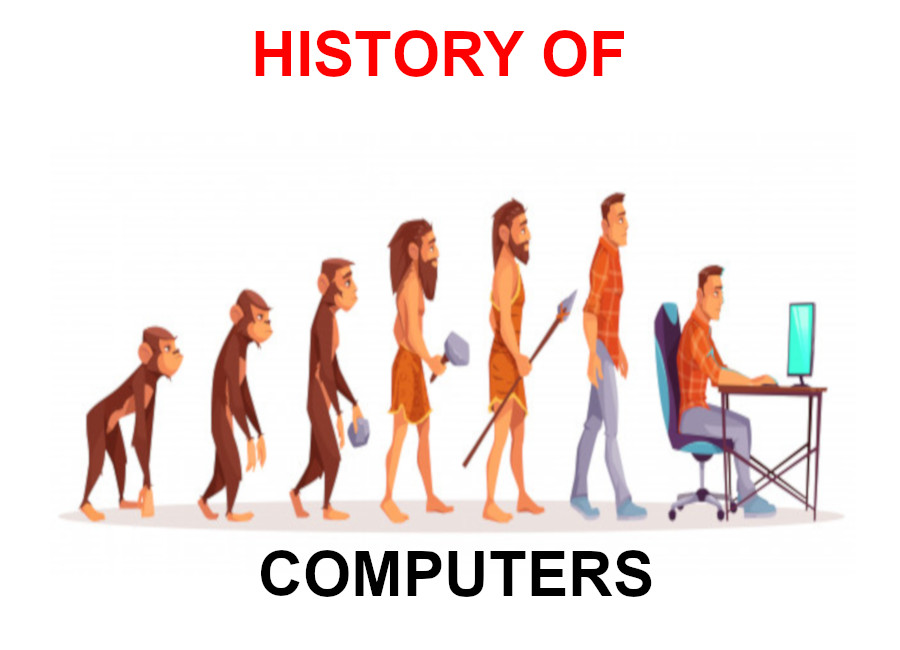 In the starting point, many devices have been used in the processing of data such as Abacus, Napier Bones, Difference Engine, Analytical Engine, etc. They all were different from each other in functioning and structure, etc. So, let’s talk about the past of computers.

Abacus was the first calculation device in the world. It was designed to solve specific calculations like addition, subtraction. It was also specialized to calculate the big numbers. They have been made up of a frame-set with rods on which beads or you can say, balls are moved to calculate the numbers. Subtraction, the addition could be easily done by putting the beads properly. It was also used to teach mathematics to blind peoples and still very familiar devices in china. It is not sure that who had invented the Abacus, some annalists believe that it was invented by the ancient Chinese and others believe that it was invented by the Babylonians or the Egyptians.

It was designed to perform multiplication and it was invented by John Napier (1550-1617). This device allowed the user to perform mathematical calculations like multiplication, division, also calculate square roots & cube roots.

Gottfried Wilhelm Von Leibniz has discovered a digital mechanical calculator and it was called by the name of Stepped Reckoner. It was invented in 1671, he was a German mathematician. This was the first calculating machine that could carry out all four arithmetic operations (addition, subtraction, multiplication, division) and also check out square roots by series of stepped addition and cylinders were used in this machine.

It was invented by Charles Babbage in 1822. It was a mechanical device used to calculate tables of numbers or tabulate table of mathematics & statistics. This machine was large and used to perform accurate calculations.

Analytical means deeply analysis. It was the first general-purpose-computer in the world. It was originated by the British mathematician Charles Babbage in 1834. This type of computer had been innovated to perform various types of tasks like you can play games on it, calculate, & can send an email by using it, also can solve any query or problem. The computers had been designed before the Analytical engine was created to perform only one particular type of function, that was calculation and was unable to perform any other task. So, this device was designed to carry out calculations as well as many other functions also. It was a great invention, all today’s computers are based on this device. That’s why Charles Babbage was rewarded by the tag to him “Father of the Computer”.

This machine was created by Herman Hollerith in 1890 U.S., he was an American mathematician who has used the punch cards for the first time to record the data and tabulating machine to count them. It was the first automatic data processing system. This modernization became the origin of a company that emerge into International Business Machines (IBM).

IBM introduced an automatic sequence controlled calculator in 1937, it was the first General-purpose electromagnetic computer developed by Professor Howard Aiken. This machine was used to do basic arithmetic calculations like addition, subtraction, division, multiplication and it was specialized to execute long computations automatically.

The Atanasoff-Berry Computer was the first electronic digital machine to use binary digits to store numbers and it includes two electric drums as the components of memory. It was established by Dr. John Atanasoff who used vacuum tubes and capacitors for internal storage. Numbers of columns were arranged in the drums and there were 30 columns in a drum. Each column has 50 bits & entire storage of this drum was 3000 bits.

The ENIAC stands for:

ENIAC was designed by Prof. J.Presper Eckert and Prof. John Mauchly in 1943. It was the first general-purpose electronic computer designed to reprogram to solve any calculation-related problem. Its design was quite complex & very big.

The EDVAC stands for:

It was a first-generation electronic computer and it was also developed by Prof. J.Presper & Prof. John Mauchly. The aim to design this computer is to develop such a device that can calculate as well as store data. So, it was the first computer that could store data & instructions.

It includes the following:

The full-form of EDSAC is:

It was also a first-generation computer that was designed to launch a more advanced technology that can perform arithmetic operations at very high speed (in nanoseconds).

The Manchester Mark I was invented in 1948, it was the world’s first stored-program electronic computer. It was also called Manchester Automatic Digital Machine (MADM).

The UNIVAC I stands for Universal Automatic Computer I. It was invented by J.Presper Eckert & John Mauchly. This technology was designed for the commercial purposes, So, it was the first commercial computer build in the United States.

The term generation refers to the production or creation of something. So, here the generations of computers mean the extension or you can say the growth of the computer industry and every generation represents new technology. The technology used in computers were changed over time, it became more & more advanced, powerful, fast, efficient. Now, we are going to discuss the evolution of the computer system and the difference between its various hardware & software technologies.

Advantages Of 1st Generation Computers are:

Disadvantages Of 1st Generation Computers are:

Advantages of 2nd Generation Computers are:

Disadvantages Of 2nd Generation Computers are:

Examples Of 3rd Generation computers are:

Advantages Of 3rd Generation Computers are:

Advantages Of 4th Generation Computers are:

Disadvantages Of 4th Generation Computers are:

Examples Of 5th Generation Computers are:

Advantages OF 5th Generation Computers are:

Disadvantages Of 5th Generation Computers are: 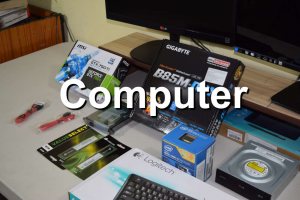 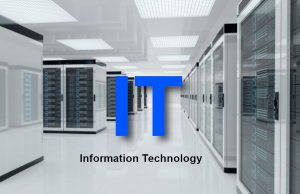 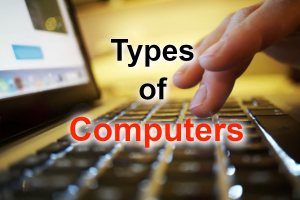 Classification Of Computers: Digital, Analog and Hybrid computers Intent of Business Communication – The NO #1 Skill you NEED in Business