The computer is one of the most widely used technology for many purposes. It is something very helpful for people in various fields/sectors to increase the efficiency of their work. Today, computers have reduced most of the work-load of the people as it is capable of doing various operations at extremely high speed with more accuracy within a short period. 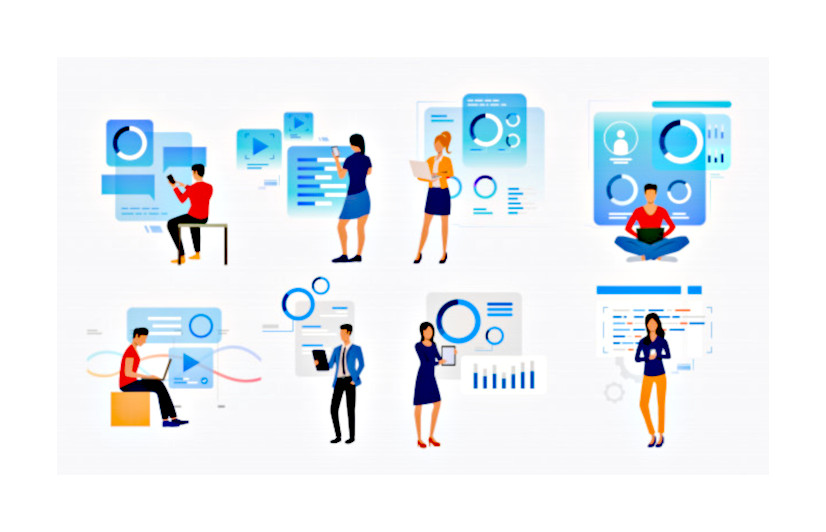 The Uses Of Computers In Various/Discrete Fields:

A computer has become an integrated part of almost every business organization due to its capabilities of doing calculations at very high speed and shows accuracy, reliability, versatility. In business computers can helpful for many purposes like:

Computers have become a relevant part of the medical field. It plays an important role in scanning & diagnosing different types of diseases. It is quite difficult to predict what wrongs are happening inside the body. So, the computers make it easy to diagnose the disease & root of the disease or you can say the cause of illness. Computers can capture, monitor the patient’s internal problems through graphics like images or photographs. It is important in the medical field for the following purposes:

Computers are used in banks on a large-scale as they are almost totally dependent on the computerized machines. It is quite difficult for the banks to maintain the records of all daily transactions manually that what comes in & what goes out and what is left/remaining at the end of day/month. That’s why computers are used in banks to make their workflow smoothly & to keep records up-to-date. For example, ATM where you can easily deposit or withdraw your money in/from banks respectively. Banks continuously requires the use of computers for many purposes like:

In this modern time computer has become the arms of marketing as its conditions depend broadly on the use of computers. It is very significant in making computerized presentations by a company required for business promotion. It is widely used in these two most important purposes:

Computers are widely used in defense. The functioning of modern tanks, missiles, weapons and many other equipments are controlled by computers. The various filed where military needs the use of computers are:

Government is also using computers for the following purposes:

The uses of computers multiple-works in railway stations are:

E-Commerce stands for Electronic Commerce & it refers to conduct business on the internet/web. It is mainly used for selling, buying, exchanging of products, services, information. This has been reduced traffic of people in showrooms, shopping molls, etc. It includes the following applications performed via computer networks are:

The Role Of Computers In Weather Forecasting:

It is used all over the world for national as well as international level weather forecasting. It is used to predict the changes in the weather & climate. Supercomputers are used to get information in advance about the weather & climate changes. It is very useful in detecting & predicting the dangers or disasters are going to happen in coming time. So, the living beings do not suffer due to these changes.

Computers are largely used in industrial fields like manufacturing industry, etc. A robot is a programmable machine used to perform complex tasks. Computers are used in industries for an automated production system, used to design the model/design of the products through computer programs.

Computers are the most vital component communication used to connect people through chatting &by sending e-mails. The person sitting in one place can interact with other people using the use of computers through the communication channel. It makes easy for the students to communicate with their classmates 7 subject-teachers to discuss their education-related problems such as homework assignments, group projects, their subject-related doubts during exams, etc.

Computer plays a very crucial role in the airline industry:

Computers have proved them very useful at homes to fulfill the following purposes: